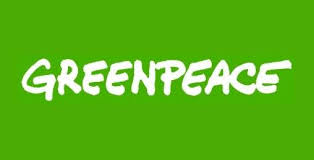 If left unchecked, agriculture is projected to produce 52% of global greenhouse gas emissions in the coming decades, 70% of which will come from meat and dairy. [1]

The report also finds that increased production and consumption of meat is behind a latent global health crisis. High red meat consumption has been linked to cancer, heart disease, obesity, and diabetes, while millions of lives could be saved each year if people had access to a diet rich in plant-based foods. Industrial animal agriculture is also associated with antimicrobial resistance – which the World Health Organization declared a “global health emergency” – and is a significant source of foodborne pathogens. [2]

Bunny McDiarmid, Executive Director of Greenpeace International said:
“Something is rotten in our food system. Governments continue to support massive meat and dairy operations, leading to more and more meat consumption while putting our health, our children’s health, and the health of our planet at risk. Instead, they should be supporting the increasing numbers of farmers shifting towards ecological production of healthy foods, and helping people access healthy plant-based foods.

A new, diverse global movement is growing: one hungry for a better way of eating and producing food that is in tune with ourselves and the environment. Together, we can loosen the grip of industrial animal agriculture on our food system and build a healthier world for our generation and the next.”

In response to the rising impacts of animal agriculture on public health, the environment, and the climate, Greenpeace is launching a new global campaign calling for a major shift in the way we eat and the way we farm. Greenpeace calls for a 50% reduction of meat and dairy and a significant increase of plant-based in both production and consumption by 2050.

Pete Smith, Former Convening Lead Author for the Intergovernmental Panel on Climate Change (IPCC), said: “The need to reduce demand for livestock products is now a scientifically mainstream view. Only a significant decrease in meat and milk consumption will allow us to deliver a food system fit for the future – for the benefit of humans and the planet as a whole. Producing the same mix of foods as we consume now, even if we were to do so more sustainably, cannot deliver the reduction in environmental impacts we need to protect the planet for our children and their children.”

The report also explores other environmental impacts of animal agriculture’s rapid expansion in the last several decades. Since 1970, the Earth has lost half of its wildlife but tripled its livestock population. Livestock production now occupies 26% of land on Earth. [3]

Greenpeace calls on governments to end policies that support industrial meat and dairy production, and instead help farmers shift towards ecological methods of growing crops and raising an amount of livestock that the planet can sustain. Greenpeace also urges governments to make healthy, plant-based foods more available, and calls on people around the world to join the movement for less meat and dairy and a healthier planet.

“What we decide to eat, as individuals and as a global society, is one of the most powerful tools we have in the fight against climate change and environmental destruction,” added McDiarmid.