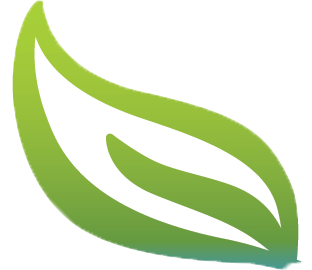 With the world population growing, and a huge increase in the size of the middle class, protein consumption is set to rise by 75 % by the year 2050. In particularly, there is a need to increase dietary intake of plant proteins, from sustainability, food security and nutritional perspectives. Efficient use of currently available raw materials, such as the leading cereal crops wheat and rice, offers large potential for increasing the number and volume of plant protein food ingredients. Processing of cereal grains for starch or bioethanol production generates substantial volumes of co-streams rich in protein, which are currently exploited primarily as feed and for power generation.

A Bio-Based Industries Joint Undertaking operating under the Horizon 2020 lays an emphasis on research projects that deal with plant based proteins as new nutritional sources. One of these projects is PROMINENT, which had the goal to develop processes to mine wheat and rice residues for proteins. The project has delivered clear results in terms of an economic feasibility, techno-functional benefits, new applications and sustainability of plant proteins.

Dr Alain Graf, R&D protein platform manager at Südzucker/BENEO, who was initiating the project as core partner, says “The key is to valorise and utilize existing raw materials most efficiently and increase direct food use of plant proteins. This project has shown that it is indeed possible to exploit these substantial volumes of protein streams for human food application, while they are currently mainly used as feed and for power generation”.

“The Expanded-Bed-Adsorption (EBA) technology was shown to offer potential for processing very large industrial volumes to concentrate protein”, highlights Dr Kenneth Harlow, CSO/CTO at Upfront Chromatography. Pilot trials with soluble wheat proteins were successful and have shown a great potential. Application and protein functionalization work by the Food Solution Team at VTT, guided by research team leader Dr. Emilia Nordlund, has yielded positive results of the studied side-stream fractions. Together with partner AB Enzymes the focus was to develop enzyme-aided functionalization strategies that enable clean label modification of the protein ingredients. Applicability of the protein samples was further investigated in beverage, bakery and pasta models by Olvi, Pladis and Barilla with an attempt to replace animal based proteins or to achieve protein-related nutrition claims.

New approaches to assess feasibility and sustainability
The economic feasibility analysis of the project used a funnel approach to identify the most promising side-stream-to-protein ingredient concepts that were evaluated in more
detail. Economic feasibility of these selected concepts has been shown. These concepts can also create significant cash flow. Evaluating the full value of these hybrid/multifunctional
protein ingredients can potentially enhance the business case even further”, said Dr Eemeli Hytönen, Technology Manager at VTT.

The social sustainability analysis of the protein mining in the PROMINENT project has been reviewed in the light of the UN Sustainable Development Goals. This system should contribute to building a more resilient future, food and agriculture system, and was used together with Social Life Cycle Assessment (S-LCA). The aim of the Social LCA in this case was to assist frugal innovations in the protein industry in order to support sustainability of the protein subsystem globally. S-LCA is considered as a new kind of tool for companies to identify the risks for social
impacts of their actions. This enables them to choose to move towards more socially sustainable company performance since the general level social risks (impacts) and hot spots in the production chain are evaluated. This allows companies to target more efficiently potential management actions (e.g. company’s internal development needs) in diminishing these risks. Here, the study was conducted on a more general level and revealed the risks for social impact categories (fair salary etc.) for an average European wheat and rice protein production.

“The assessment of environmental sustainability of the promising protein ingredients with the environmental LCA method showed that these new proteins are good substitutes to animal proteins”, according to Hannele Pulkkinen, Research Scientist at Natural Resources Institute Finland (Luke). In the future further optimization of the current production technologies will likely improve the sustainability and make the new protein ingredients even more environmentally friendly compared to animal proteins.

Professor Kaisa Poutanen at VTT concluded: “This project has been a showcase of a great industry-research partnership. In a short period of time we generated a lot of data and results. It is now up to industrial partners to evaluate the results and make business decisions to move forward and exploit the results. Innovations in the space of resource efficient value chains for plant-based protein products will contribute to a more sustainable and competitive bio-based economy”.

ABOUT
The Joint Undertaking on Bio-based Industries (BBI)
The Bio-Based Industries Joint Undertaking is a €3.7 billion Public-Private Partnership between the EU and the Bio-based Industries Consortium. Operating under Horizon 2020, it is driven by the Vision and Strategic Innovation and Research Agenda (SIRA) developed by the industry, aimed at increasing investment in the development of a sustainable bio-based industry sector in Europe. It aims at providing environmental and socio-economic benefits for European citizens, increasing the competitiveness of Europe and contributing to establishing Europe as a key player in research, demonstration and deployment of advanced bio-based products and biofuels. The BBI Joint Undertaking will also play an important role in achieving a bioeconomy in Europe. The objectives of the BBI Joint Undertaking are to contribute to a more resource efficient and sustainable lowcarbon economy and to increasing economic growth and employment, in particular in rural areas, by developing sustainable and competitive bio-based industries in Europe, based on advanced biorefineries that source their biomass sustainably.